Now that you have trained your eyes to the "o," here are some combinations with the "om" and "on." Some additional "ion" and "ions" combinations are here, too.

In some instances, the “o” appears like an “i” or "r" and is also part of a larger group of letters such as in “tion” and “tions” combinations. 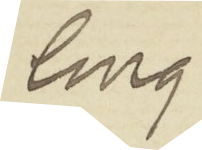